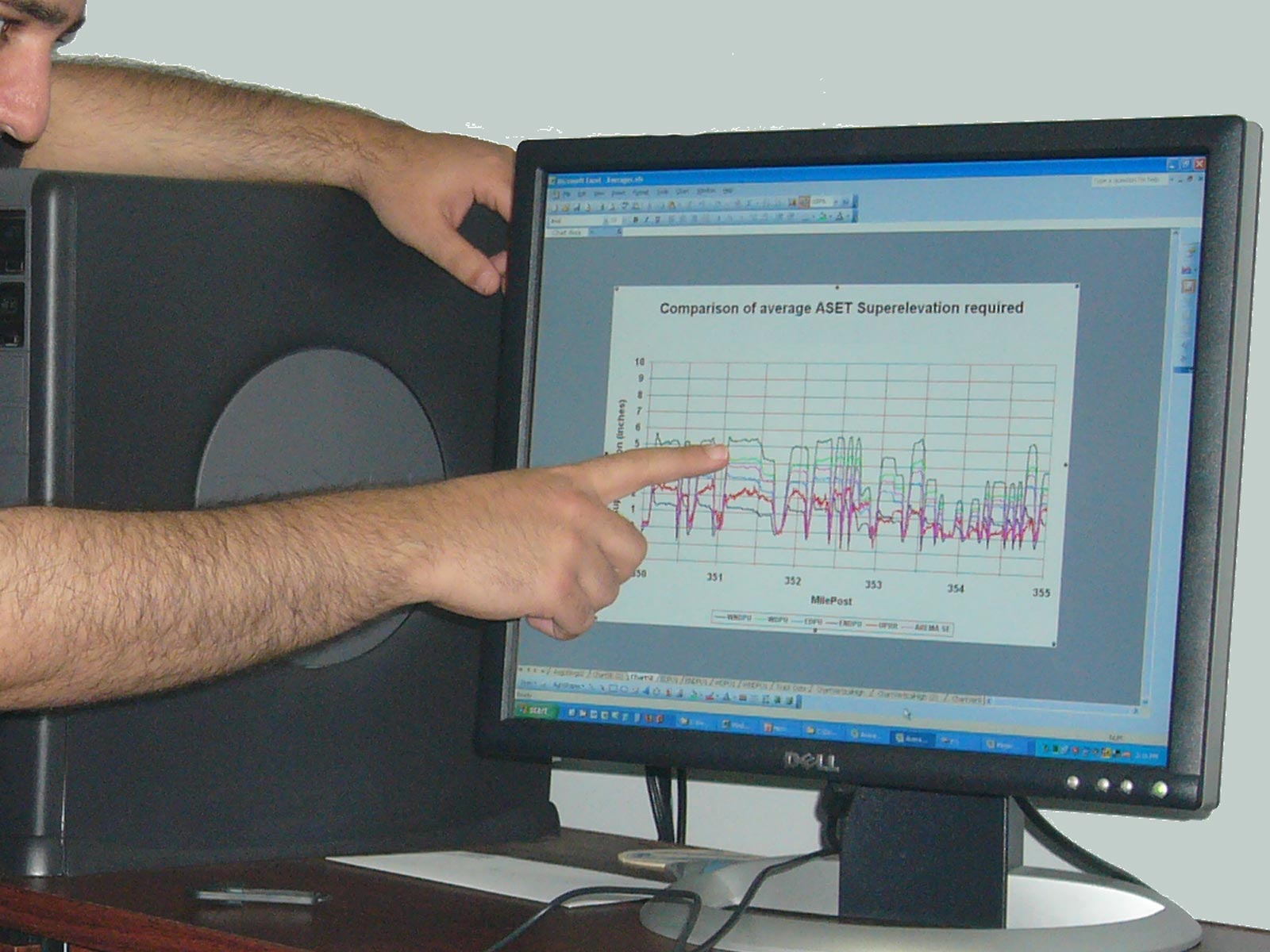 In long trains that ply mountainous terrains with severe curvature and grade, additional power is often required to get the train through. The question that arises is where along the train should additional power be located to optimize train operation, minimize track asset damage and chance of derailment?

To assist with the resolution of problems caused by improper curve-track/train interaction, ARRT developed a software called “ASET”. Like the name suggests, ASET is a powerful tool designed to help the railways set standards for train makeup, track curve superelevation and Top Of Rail (TOR) lubrication. In rationalizing such complex track/train interaction problems, several indices such as fuel burn, gross-ton-mile/gallon, lateral forces, track superelevation and hp-per-ton (HP/ton) can be used to measure the efficiency of the system under review.

In performing any analyses, ASET considers many parameters that have been ignored by current practices. The result is a harmonized traffic and velocity profile for an ASET Optimized Curve Superelevation (AOS). ASET has several modules:

ASET-DB computes Draw-Bar forces
ASET-SP computes optimal Speed Profile and/or speeds attainable by any given train at any location along a given route
ASET-NS Computes optimal trip Notch Settings at all locations for any train traveling along any route
ASET-FE computes gross-to-mile/gallon Fuel Efficiency for the chosen power option.
ASET-VL computes the Vertical and Lateral forces and L/Vs for all wheels in the train at any location along the route
ASET-ES computes the Energy Spent on lateral force damage to wheels, rails and track components
ASET-SE computes ideal SuperElevation for the curves located along any given track
ASET-DP computes Power Distribution requirement to minimize track forces for any train traveling along any route
ASET-CC analyzes the Curving Characteristics of any given truck system with respect to the wheel profiles provided
ASET-CS analyzes for wheel/rail Contact Stress scenarios for the wheel profiles provided
ASET-EC analyzes the EConomics of different distributed power alternatives.